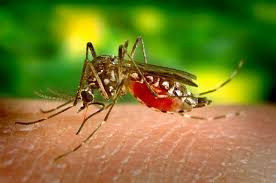 (CNN)Thousands of mosquitoes infected with the Wolbachia bacteria were released in an area of the Florida Keys this week, in hopes of a new approach to control the disease-carrying female Aedes aegypti mosquito, which transmits Zika virus, Dengue fever and Chikungunya.

Stopping Zika: Here come the mutant mosquitoes!
Zika is a great concern to pregnant women and those hoping to become pregnant because it can have devastating consequences for babies born to mothers who were infected while pregnant. One in 10 Zika-infected mothers had babies with related birth defects in the United States last year, according to the US Centers for Disease Control and Prevention.
“A successful trial with the Wolbachia-infected mosquitoes could mean the availability of a new tool in the fight against the Aedes aegypti mosquito for not only our District, but for Mosquito Control Districts around the country,” said Andrea Leal, executive director for the Florida Keys Mosquito Control District. 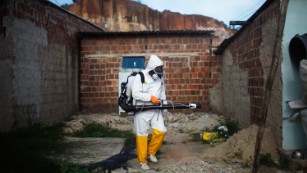 The mosquitoes that changed history
These Wolbachia-infected mosquitoes will be released twice a week at 20 different spots in the designated area for the trial. While the male mosquitoes don’t bite, “increases of mosquito activity will be most noticeable immediately following the releases,” the mosquito control office warned.
The mosquito control officials in The Keys are working with Kentucky based MosquitoMate for this trial. The company conducted a similar trial in Clovis, California, in August 2016.
Outside of the United States, the first Wolbachia-infected mosquitoes were released into the suburbs of Cairns, Australia, in 2011 and quickly spread into the wild, replacing the disease-carrying population with the new, disease-free one, and replicating quickly into subsequent generations.
According to the research group Eliminate Dengue, testing so far shows the helpful bacteria remain. Additional field trials are underway in Indonesia, Vietnam, Colombia and Brazil. 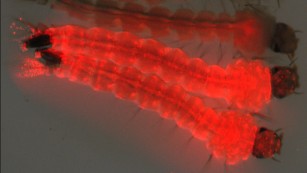 FDA approves Zika-fighting genetically modified mosquito
But the officials in Florida haven’t put all of their eggs in one basket. They are also trying to move forward with a trial of genetically modified mosquitoes from British company Oxitec. OX513A is a male Aedes aegypti mosquito that is genetically engineered to pass along a lethal gene to their female counterparts that makes the offspring die.
The gene creates a protein that interferes with cell activity, killing the mosquito before it can reach adulthood. According to Oxitec, field trials in Brazil, Panama and the Cayman Islands resulted in a 90% reduction of Aedes aegypti mosquitoes over six months.
The US Food and Drug Administration approved the Oxitec trial in the Keys last summer but it has not moved forward because of community backlash and logistics. The Florida Keys Mosquito District said it is awaiting FDA approval on a proposed change in location for the trial.
Previous Post Tick-Borne Illnesses Could Boom This Year, Thanks to Climate Change Next Post Tick Season is Already Here