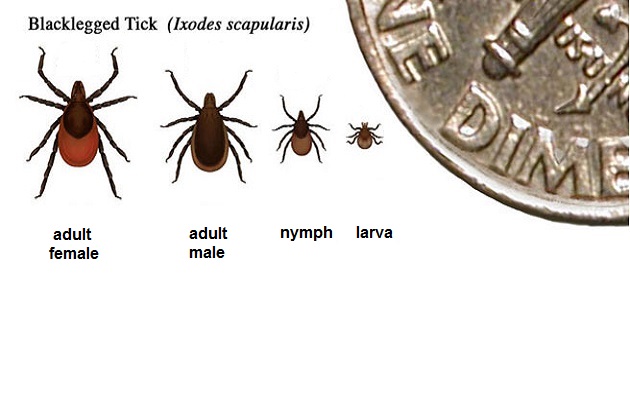 Tick-Borne Illnesses Could Boom This Year, Thanks to Climate Change

Been bitten by a tick this year? As we edge toward the summer months, scientists warn that more of us could be in for that irritating nip, as tick numbers seem set to soar and with them, the potential for a boom in cases of usually rare infections like the Powassan virus.

According to the CDC, Powassan, or POW, is extremely uncommon. Only 75 cases have been reported in the United States over the past 10 years. Like other tick-borne illnesses, they usually occur in the Northeast and the Great Lakes, where grass cover is thick and the climate is moderate.

Most of us are familiar with the symptoms of other tick-borne illnesses, like Lyme disease, and POW has some overlap. Signs can include but aren’t limited to weakness, confusion, headaches and vomiting. However, POW can become more serious, potentially leading to fever, seizures and long-term neurological impairment.

There is no specific treatment for POW, but hospitalization is often necessary. People who have contracted the virus will need support in the form of intravenous fluids, as well as medication that can help control and reduce swelling around the brain.

So why are we worried about this virus if our chances of getting it are so remote? The problem is, those numbers could rise and soon.

This year could be a big tick season

We can often predict tick numbers by how many ticks are taken in for testing at various centers around the U.S. This practice gives us a rough estimate of not just the tick population, but also the number of ticks infected with Lyme disease, POW and other bacterial and viral pathogens.

Goudarz Molaei, a research scientist at the Connecticut Agricultural Experiment Station, is predicting more new Lyme disease infections in the coming months due to larger numbers of ticks and higher infection rates among them.

[…]
This year so far, we’ve received hundreds of ticks, Molaei said. Since April 1, we’ve received nearly 1,000 ticks. This greater abundance comes as a result of two consecutive warm winters, which the insects are better able to survive, and longer springs and summers.
Overall, 38% of these ticks have tested positive for Lyme disease, he said.

Of course, along with the risk of increased incidents of POW, there are also likely to be more cases of Lyme disease and other infections. One of the major problems with these kinds of infections is that everyone who goes outside in the summer is potentially vulnerable to bites. Some people may not show symptoms of infection, but for those who do, the young, the infirm and the old may be in for a tougher time shaking a subsequent illness.

And a burning question remains: Is climate change responsible for the tick boom? Signs say yes.

Lyme disease gives us a good measure for how problematic tick numbers are in any given year and provides an indirect way of tracking ticks. It’s obviously not a perfect measure, but it does hold some statistical value.

The EPA notes that since 1991, the incidence of Lyme disease in the United States has approximately doubled. What’s more, incidents of Lyme disease are expanding from their traditional regions, creeping up as far as Canada a region once far too cold for ticks to thrive.

Another danger is that as the climate warms, it appears to be increasing the length of time in which ticks can stay active and feed. And scientists say that shift could be responsible for this year’s predicted bumper tick season.

The good news is, there are a number of ways we can protect ourselves.

One easy way to avoid tick bites is to stay out of long grass in wooded areas. That doesn’t mean hiking is off-limits, but sticking to trails is the easiest way to stay tick-free.

For some, this might be sufficient protection, but not everyone can stay out of the long grass for the entire summer season. Luckily, the EPA has a handy online tool that can help people pick the right kind of insect repellent for their needs.

Lastly, it’s important to know how to remove ticks quickly and safely, in the case of a bite. Care2 provides a useful guide for helping to de-tick pets, too.