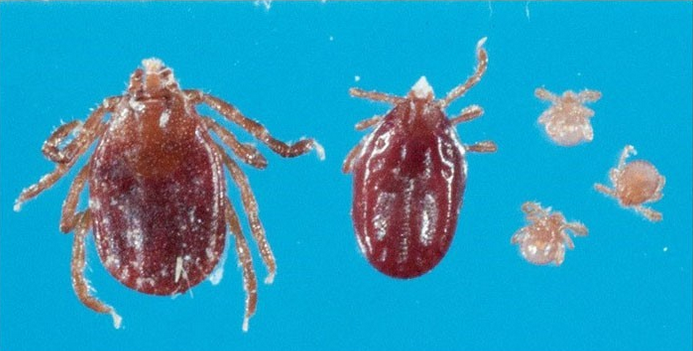 TRENTON – Following initial identification by the Center for Vector Biology at Rutgers University and the Hunterdon County Department of Health, the National Veterinary Services Laboratory (NVSL) in Ames, Iowa confirmed on November 9, 2017 the finding of an exotic East Asian tick (Haemaphysalis longicornis), also known as the Longhorned tick or bush tick, on a farm in Hunterdon County. Until that time, this tick was not known to exist in the U.S. How it arrived in New Jersey remains a mystery.

Steps were promptly taken to eradicate the tick from the index property and the animals in and around it. Tests on the exotic tick in November failed to reveal any tickborne diseases.

Ongoing surveillance continued during the winter and on April 17, 2018 the NVSL confirmed the Longhorned tick successfully overwintered in New Jersey and has possibly become established in the state.

Local, state and federal animal health and wildlife officials, as well as Rutgers University – Center for Vector Biology are working together to eliminate this pest from the index premises and to contain its spread to the surrounding areas. Surveillance in wildlife and livestock species will continue throughout the year.

State and USDA employees will be working with the public to determine if the tick has spread to new areas and to educate the public about protecting livestock and pets from this pest. Questionnaires will be distributed to property owners within a 3-kilometer radius of the index property to gather pertinent information vital to the investigation.

Like deer ticks, the nymphs of the Longhorned tick are very small (resembling tiny spiders) and can easily go unnoticed on animals and people. This tick is known to infest deer and a wide range of other hosts. Therefore, it has the potential to infect multiple North American wildlife species.

Previous Post Blumenthal: Rate of detection for Lyme disease in ticks increased Next Post Connecticut gears up for Lyme season